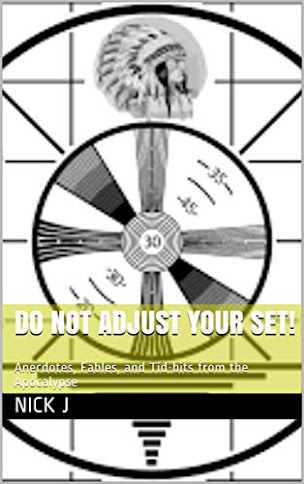 The air raid sirens wail, but the tv says everything is fine. No one may be left to tell the entire story of how it all went down, but fragments of armageddon are here. A benefit concert is held at Soldier Field in Chicago as refugees surge against the city's blast walls as the starts debate about handing out guns or birth control. On the west coast, a sustainable city must covert its solar-powered food delivery drones into flying bombs. In DC, the company that developed an AI that launched a military coup via Twitter wants the Pentagon to pay up before fleeing the country. These stories and more about what you might expect when the clock strikes midnight...
Click here to get the Kindle edition!