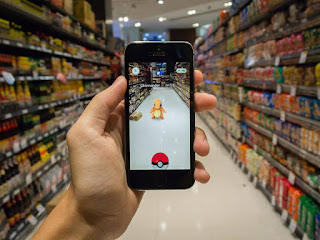 The tall stiff-backed white-haired President Ian Bakersfield sat in his commander's chair with clasped hands. He was in a war council with Secretary of defense Ted Bloomington, the Under Secretary of Defense Linda Coach, the chairman of the joint chiefs, Major General Arnold Lewis. Also, a few other advisors and cabinet members whose names the aged President couldn't remember for the life of him. The walls were covered with computer monitors manned by anonymous officers whispering coded jargon into their headsets. Secret service agents with cords dangling from their ears in perfectly pressed suits periodically scanned the room with cellphone cameras.

"All clear!" they announced

Doctor Elroy Lightplane entered the room flanked by secret service personnel. The young, relatively young, clean-cut physicist appeared dressed in much more casual attire than the President, his retinue of representatives from the military establishment.

"President Bakersfield," Elroy extended his hand, "Doctor Elroy Lightplane, it's an honor to meet you."

An awkward silence fell over the room as an aide rushed over to the elderly President and squirted two globs of sanitizer into his open hand.

"It's good to meet you, doctor," Bakersfield said as he grasped Elroy's hand with a wet squishing sound.

"My intelligence team tells me you know how we can win this thing."

General Lewis scowed from behind his thick sunglasses

Lightplane pulled out a cellphone. "If I may demonstrate, sir,"

The President nodded his approval.

Lightfield, with his back to the council, so they could see what's on his phone screen, aimed the camera at the far wall. A lizard cloaked in fire appeared, and the octagenarian President nearly fell out of his seat.

"Oh my god, how did it get in here?! Kill it, kill it!" The President shouted from underneath the table.

The agents drew their guns and aimed randomly at the wall "Wait," Lightfield said firmly.

The agents stood down.

A second creature appeared on the screen. It looked similar to the firey reptile, only this one was blue and breathed bubbles.

A command prompt appeared, and the blue lizard spat bubbles at the orange lizard, causing it to fall over unconscious.

Lightplane then threw a sphere only the phone's camera could detect that trapped the flaming beat inside.

A stunned silence fell over the room, and the President emerged from under the table.

"How the hell did you do that?!" the old man asked.

"My God," The President said grimly. "How soon can you get this rolling?"

"Immediately, Mr. President, you just give the world!" Lightplane beamed.

"Mr. President, the boys at skunkworks said they got an invisible monster-seeking missile that would cost just 2.4 billion!"

"Mr. President, these things are in every major American city. Is it really wise to around shooting missiles at parks, schools, and shopping malls?" Lightfield asked somberly.

Bakersfield hung his head in despair. "I did say I'd cut the budget," he mumbled. "Oh, what would the great decider have done? Probably decided something."