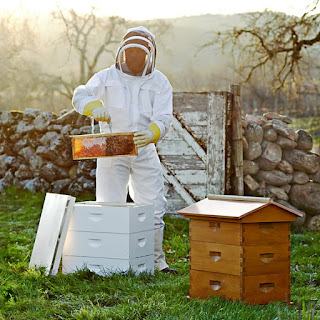 The descent into the lightless shaft was accompanied by the rhythmic clicking from the steel teeth of gears. Every revolution of the cogwheels brought them lower and lower. 25 miners were packed into the iron lift. They drifted into the thickening darkness without a word.
The cogs abruptly locked into place as the bottom of the cart bumped against the ground. The sliding steel cage open with an ear piercing screech and the human cargo disembarked. They stood in a cavern that was at the hub four diverging tunnels. Without saying a word, they dropped their equipment into the dirt and disappeared into the lightless depths of the subterranean passages.
On the surface, the systems of civilized life were also facing similar arrest.  Everywhere people stopped whatever it is they were doing and either wondered off into the surrounding frontier or simply became stuck behind doors which they no longer had the wherewithal to open, or their bodies were seized by inescapable behavioral loops. Everything came to a stop.
Drifting along its orbital path just beyond the fringes of the planet’s oxidized green glow the Omega Printer was the sole observer of this apocalypse. Despite the grandiosity suggested by the name the Omega Printer was a relatively small vessel, but it had been there since the beginning of time, at least as far as human life was concerned.
It was a machine dispatched by celestial engineers who had mastered and tamed the planetary cataclysms that can alter an entire planet. Their methods were as such that a natural epoch could be condensed into less than a century.
The Omega Printer patiently watched the planet go through its turbulent transformation and when the time was right used the human genomes loaded into its memory banks and started manufacturing humans to extract the planet’s mineral resources.
Just like earth’s many god’s most people had no inkling of the machine watching from the sky. The machine that had created them and held their genetic blueprints was mostly forgotten. For nearly four generations it had all gone smoothly. That is up until this very moment.
Omega Printer was running scans on all the genomes looking for any defects that might precipitate such a crisis, but any answer eluded the cosmic mechanical intelligence. It would need to retrieve genetic samples from the most recently born descendants of the original settlers, the precise genetic blueprints it did not yet possess.
A lone nurse remained in the central hospital’s nursery. She stared catatonically through the glass. Numb to the persistent cries of the newborns. She didn’t even blink when a metallic bipedal machine walked past her and into the nursery.
The robot surveyed the heat signatures in the room. The rows of quiet incubators glowed a pale icy blue at their center. The machine passed over these useless samples. Only one of them still burned with firey red and yellow colors of life. The robot was drawn towards the faint cries and shallow breath of the sole infant that still clung tenuously to fresh life.
With its cold skeletal fingers, the robot picked up the budding biological form. Its small eyes were still too weak to open. Its rose-colored cheeks were inflamed, and it’s belly becoming distended.
The robot took a blood sample, and the infant screamed sharply from the pain of the needle's prick. The indifferent machine having carried out its purpose set the wailing child back in the incubator and left it alone in the empty gaze of the nurse still trapped in her waking coma. She never moved a muscle even as the piercing cries grew fainter and fainter before stopping altogether.
The blood sample was delivered to the Omega Printer for analysis. It found no significant mutations. With no other options, Omega Printer created more people and patiently waited to see if the process repeated itself.