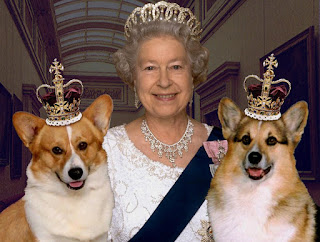 In the predawn hours, when the soft light of the rising morning sun defuses through the sky coloring the inky black of night with diluted hues of orange and purple a procession of four police cars and a black Rolls Royce were speeding through a lamp-lit street of London.
The convoy stopped in front of a modest row house. The police units quickly sprang from their cars and formed a perimeter around the house.
The driver of the Rolls-Royce stepped out of the car to open the door for his esteemed passenger. A long and slender figured in a pinstriped suit emerged from the back. He adjusted his wire-frame glasses and tie as he walked into the house.
“Inspector Claremont,” a burly man with thinning red hair and a bushy mustache greeted the lanky sophisticate with an outstretched hand.
“Andrew Melbourne,”
“I take it you’re the one from the palace then?” The barrel-chested officer said.
“Yes, that would be me. Now, where is Jack?”
Claremont’s face took on a grim composure, and he silently pointed to the basement door.
Andrew descended the creaky wooden stairs in the dank basement. A single light suspended from the ceiling swayed in the air the light rushed from one side of the room to the other.  When the glowing yellow light revealed, Jack Andrew froze in his tracks.
Jack’s pointy ears perked up when he saw Andrew. His eyes were obscured by a purple and silver trimmed Mardi Gras mask complete with a long beak-like nose. The patch of white fur around Jack’s neck was covered in crimson paw and hand stains.
“Again Jack?!” Andrew said throwing up his arms in frustration.
Jack wagged his nub of a tail and sat down on the floor. All around the stoic little corgi crew were scrubbing pools of blood and collecting hunks of flesh.
“How many this time?” Andrew asked the inspector.
“A woman and her basset hound,” Claremont replied.
Andrew took a firm tone with the dog. “Jack I thought we weren’t going to do this anymore.”
The blood splattered corgi stared at Andrew for a second and rolled over on it’s back.
“No I’m afraid that won't be enough this time,” Andrew said dismissively.
The corgi splayed out its stubby little limbs and stuck its belly in the air.
Andrew sighed, “Oh, you know I can’t stay mad at you old boy! Come here!”
Jack ran to Andrew, and he scooped the chubby dog up in his arms.
“Oh my, that’s a lot of blood. We’ll have to get you washed before the queen sees you.”
Andrew turned to Claremont. “Thank you for your call and your cooperation inspector.”
Claremont smiled and bowed his head. “Anything for the queen.”
“Alright let us get you home!” Andrew said to the bloodstained dog he cradled in his arms.
“Oh, my we should really get you washed before her majesty sees you in Singapore tomorrow.”