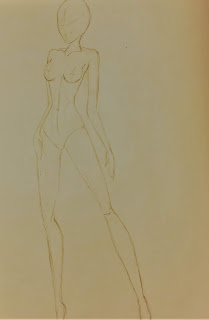 (The sketch was done by Tabitha Rose. You can check out her work here)