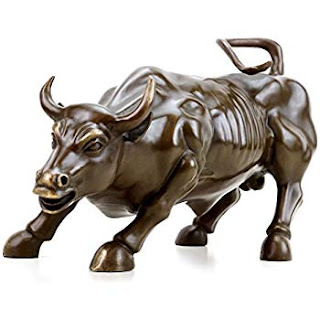 After the Mormon armies reached the east coast, they set to work salvaging and restarting the long-abandoned foundries scattered across the landscape. The blast furnaces once again were swollen with molten steel, and the towering brick stacks erupted with volcanic ferocity. The forked flames lashed at the clouds and the billowing smoke blackened the sky heralding the ascendancy of the continent's new masters.
Roaming bands of scavengers had been picking at the bones of New York City for decades. The nibbling quickly turned into a full feeding frenzy. Legions of landless farmers and rootless laborers descended on the ruins. They worked as ceaselessly as termites to hollow out the steel carcass.
John Nelson had traveled a long way to get a look inside the old city. He was a Captain Edler in the Bringham Young regiment an outfit that had spent the better part of a decade fighting across the continent. The spry young Captain was an avid student of history, and even though dead or alive he knew he’d probably never see Utah again relished in the chance to serve with eastern armies and visit the relics left behind by the superpower.
Whenever he got the chance, John would accompany the salvage crews into the city to explore the abandoned towers and empty streets. Besides a map, he’d pack a stack of old postcards in case he came across any one of the old city’s numerous landmarks.
It was late in the summer, and dense, humid air clung to John’s sweat-drenched skin. Fortunately, the sun had already descended from the sky, the fading light of day smeared the sky with hues of orange and pink, the long shadows cast under the canopy of iron towers darkened and cooled.
John had followed the salvagers deep into the interior of the concrete labyrinth concealed beneath the looming spires. It was this quarter of the city where John the amateur archeology enthusiast found the most fascinating. The older buildings with their columns and decorative engravings were the very foundation of the city, and it was in this bedrock he could see the influences of a bygone world buried under the pressure of centuries bubbling to the surface. He stood at the base of the buildings and listened to the low howl of the heated summer winds rushing through their vast and hollow corridors.
The twilight of the day was receding against the encroaching darkness of night. John took a final moment to admire his surroundings before heading back towards the metallic echoes of the salvage crews.
He found them a few blocks north and was quickly greeted by his friend Henry Captain of the guards who kept a watchful eye over the laborers.
“John you have to see what we found today!” Henry said.
John followed Henry around the corner where a team of maybe 25 men was pulling on chains wrapped around a bronze bull.
“Any idea what that is?” Henry asked.
John got out his postcards and began looking through the stack. “I know I’ve seen this before,” he muttered.
“We’ve been trying to get it out of here for over an hour now. I gotta figure they can get a lot of bullets out of that thing.” Henry said.
“Ha, here it is!” John announced triumphantly.
Henry looked down at the photograph and saw the same bronze bull. “So what is it?”
“It was a sculpture made for the new york stock exchange,” John explained.
Henry looked perplexed. “Did they worship it?” he asked.
“Hmmm no not exactly,” said John. “They didn’t pray to it. It was more like a good luck charm. It was meant to represent prosperity and riches.”
The bull teetered, and with another great pull, it fell to its side with a loud thud. The workers let out a collective cheer before hauling away their treasure.
John decided to take a quick look at the old exchange itself before heading back. The building’s elegant pillars and sculpted human figures were itself reminiscent of an ancient temple.  Awestruck, John ascended the stairs and looked up at the angelic figure standing just beneath the summit of the roof.
“Every new epoch stands on the shoulders of the last,” John mused.
Suddenly the high pitched ringing of a bell started echoing from inside, and a bright yellow light spilled out from between the pillars and spread out along the cracked and crumbling stairs. Then there was the sound of uproarious applause followed by strange music that seemed to come from nowhere.
“Don’t stop thinking about tomorrow! Don’t stop it'll soon be here!” The chorus repeated again and again.
Then as suddenly as the commotion had begun it, all came to an abrupt stop. The music ceased, and the applause died down, but the strange yellow glow persisted. IT was as if a thousand torches were burning inside the cavernous citadel. John looked back and saw a growing crowd of mesmerized men at the foot of the staircase.  They started muttering among themselves none of them daring to get any closer to the ghostly citadel. John was undeterred. He cautiously climbed the rest of the stairs and passed between the pillars.
The glowing lights built into the ceiling illuminated the cavernous interior brighter than anything John had ever seen. REd and blue confetti were fluttering down from the ceiling like colorful snow completely covering the floor.
The walls were covered with glowing screens that displayed the words “Congratulations! 1 million points!!!!”
Other screens displayed an assortment of random green letter and numbers. Messages like AXY ^150 or CBT ^46 rolled across the glass. To John the sole living observer to this milestone, it all may as well have been hieroglyphics. Clearly, the celebration had been planned and prepared a very long time ago, but the people meant to share in the triumph of the moment were long gone. Now only these machines that had long outlived their purpose were around to mark the day.

THE END:Now, a little note from the author:About seven years ago two stories I submitted were printed by an Australian based literary magazine called Skive. Just a few months later more of my work was accepted by a publisher in Scotland and another in Kentucky. That’s when I knew the first time hadn’t been just a fluke! From then on I wrote as much as I could and submitted work anywhere I could.As it stands, my work has been printed in 11 different volumes and has been featured in numerous ebooks as well as distributed on literary-themed websites. I try and be as industrious as possible and strive for at least two short stories a month. Usually, these are about 1,000-3,000 words. I have no plans to commit myself to a novel my style just works best at that length. So take a look at my work. If you donate, you have my undying gratitude! Even if you don’t but at least come back and see what I’ve written from time to time that would be greatly appreciated as well.