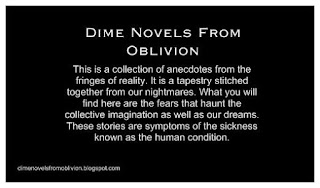 Thirty-three year old Matthew Sheridan was running a perpetual race against time. Too far along in his years to have the luxury of slowing down but still not old enough to see the steadily approaching finish line.
Just like it’s somewhat removed predecessor the British empire the sun also never sets on the electronic world of global finance. Matthew regimented his life around the multiple operating schedules of bourses spread across three different continents. This required him to view every other aspect of life as purely functional.
Love is just a function of sex, which is itself the true biological motivator and reward. That was how the coldly logical specialist viewed human companionship. His climb up the glass spire had started as a mad clamor among innumerable and mostly faceless competitors. Every flight of stairs he climbed the pool of competition grew increasingly shallow but profoundly more vicious.
Matthew didn’t have much of a life to share or much inclination to do so.
He found an outlet for his sex drive on the dreamscape of deviance, the internet. Unlike those who opted for the flesh and blood thing, Matthew had the option of designing his dream girl down to the most minute detail. His custom-made lover was not an original design, but a replica of a sixteen-year-old girl from the northeast side named Alexa, a co-workers teenage daughter.
His infatuation with the girl half his age was taboo, but the anonymity of the fantasy factory’s order form allowed his desires to go unchecked by the judgments of his peers or society.
The manufacturer was inundated with orders for android lovers. The market for lust is insatiable. The production cycle ran endlessly, and the synthetic girls that emerged from the production line were stuffed into boxes and shipped across the sea to their waiting masters.
Matthew was ecstatic when she finally arrived. He pried open the crate, and there she was resting as quietly as if it were a coffin. Matthew was astonished at just how close his toy mimicked the real Alexa. The silky ebony hair that framed her oval face and porcelain cheeks flushed with a subtle shade of red. He dressed her supple body modestly. She came with a white blouse and a navy blue v-neck sweater, similar to the uniform she wore at the private academy she attended.
He lifted her out of the shipping crate and set her on her feet. She stood as still as a sculpture. Matthew looked her up and down. The long legs disappearing under her pleated skirt was his favorite part. She came accompanied with a user manual about as thick as a dictionary. Matthew tossed the lengthy user agreement away and thumbed through the directions.
“She has been programmed to respond to the name you selected. If you would like to change this name you can in the settings.”
“Alexa,” said Matthew, after a moment the girl's rigid body loosened, her eyelids fluttered, and a warm smile formed on her face.
“Hello,” she said seductively. “My names Alexa. Would you like to customize your user settings now or do you want to get to it right away?”
“Do you think you could be a bit more reserved?” Matthew asked. “I’m sorry I do not understand what you mean,” Alexa replied. “If you would like to adjust my personality traits you can suggest characteristics,”
“Can you be shyer?” Matthew asked.
“I can be shy,” she said as she turned her head and blushed.
Mathew grinned “That’s better.”
Matthew was quite the satisfied customer. Her synthetic body felt far closer to the real flesh and blood thing than he had ever anticipated. Somewhere underneath her human layers the internal machinery even generated warmth and moisture that was a perfect simulation of the much-coveted orifice.
Once Matthew finished the girl next door facade disappeared, and the mechanical demeanor returned. “My sensors detect you have climaxed. Should I power down or would you like to go again?” She asked
“You can power down for now,” Matthew said.
Alexa’s body straightened and turned stiff, her eyes snapped shut, and her arms folded across her chest. It was rare Matthew ever turned off his phone, but this was a special occasion. When the device fired back on, it buzzed and beeped with alerts from every app.
The first message he saw was from a work friend.
“Have you seen this yet???”
The question was followed by a link to a local news outlet
The message under that read:
“I can’t fuckin believe this….”
Matthew pressed the link, and the page loaded a new article
“Body found in river’s north branch identified as 16-year-old Alexa Mallord.”
Matthew turned and looked at the slumbering android. “I’m really going to have to make sure no one sees you,” he muttered.