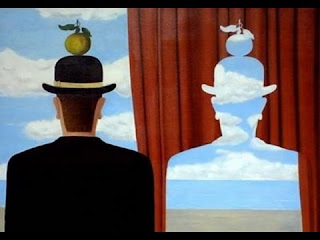 Cannon fire was their rooster's caw that morning. The shells exploded among the camps and left row upon row of burning blood-soaked tents. Hundreds of half-dressed soldiers scurried away from the eviscerating plumes of smoke and steel. The percussions of the bombardment were subtly felt by the diligent Captain Charles Magnus in another camp.  He confirmed the massacre through the lens of his battlefield glasses and hurried off to inform Marshal Anosognosia.Charles hadn't had much face to face with contact with the highly revered military hero, and he relished the chance to be the one at his side in so perilous a moment.  There was no better career booster than association with the Anosognosia name.Charles’s diligence could sometimes devolve into simple impulsivity. He brushed past the security detail and burst into the old man’s tent. “Sir forgive me bu-” The Captain's words lodged in his throat.The eighty-six-year-old nationally renowned the illustrious Marshal Oscar Adlopfus was, save for his officer’s sword and cap completely naked. The 6’5  Marshall had a skeletal physique. His lightly tanned heavily liver-spotted skin was like leather, and his stomach collapsed his massive ribcage. “Plea, please forgive me, Marshal!” Charles pleaded on the verge of tears. “Oh, good morning.” The Marshal said cheerfully. He strode over to the recoiling Captain.  “has the king arrived?” The Marshal asked looming heads above the terrified and profoundly uncomfortable captain.“We are defending a republic. There is no king anymore sir,” Charles answered hesitantly.Moving with surprising quickness, the Marshal grabbed Charles by his collar.“By god when did this happen?!”“Forty-two years ago next Monday sir!” Charles squealed.The Marshal loosened his grip and slowly backed away. “Oh right right the one with the parliament and all that,” he said with little sign of familiarity.Overcoming his initial shock Captain Charles remembered what had brought him here in the first place. “Marshal,” he said clicking his heels. “The enemy has begun surprise bombardment of our encampment to the west.”The Marshal went quiet, his head slumped, and glazed eyes veered off to nowhere. “Marshal?” “She was my favorite horse despite all the trouble she gave us.” The Marshal blurted.“Sir the enemy is attacking!” Charles shrieked. “Ha! Then it is time to spring my trap!” Marshal Anosognosia declared triumphantly.“Trap sir?” Charles replied.“Yes follow me,” he said walking over to a covered canvass.Charles followed the nude Marshall as ordered. Anagonasia dramatically pulled away the cover displaying a map with several red and blue randomly placed jagged lines and amebiasis shapes. “This is how we shall win the day for our king,” he said proudly.Charles realized it was a map of southern Denmark the Marshal had apparently been spending his time defacing. Close to 800 miles from the front and just as well a neutral country.“Sir with all due respect I think this may be the wrong map,”  Charles gently suggested.The Marshal looked the map up and down. “Sabeatour!” He shouted as he kicked over the canvass.“Those are not the plans I drew up! Someone must have replaced them!” The Marshal shouted.Just then Colonel Lumert and his lackey Major Luther ran into the command tent.“You! What are you doing here?!” The Colonel barked at Charles seeming not to notice the nude Marshal throwing a temper tantrum and tearing up maps.“Colonel I came here to inform the Marshal about an enemy attack.Lumeirt looked at the Marshal and back at Charles. “Well thank you, but we’ve got it from here,” he said with a dismissive wave.“Let’s pick out your uniform for the day,” Luther told the Marshal. “I want to know who switched my map.” Anaganosia seethed.Charles had reached a breaking point. He had done his due diligence and would not be disrespected like that even by a superior officer.“It’s lucky the Marshal has soldiers who inform him of enemy action as it’s happening and not ten minutes latter,” Charles said acidly. Lumiere and Luther exchanged glances, and Lumiere stomped over to the insubordinate captain.“Good work Captain but you need to go to your regiment and tell no one what you saw here, or I’ll have hanged!” The colonel snarled. “Major I want you to get me a list of all the Jewish officers in the camp,’ Anosognosia said with suspicion and malice.“Is he going to carry out that order?” Charles asked.“Gentleman I’ve got it!” Anosognosia announced as the surprisingly spry geriatric leaped to his feet. “You go now!” Lumiere hissed at Charles.“Dolphins! We’ll break their blockade with Dolphins!”“Dolphins?” Lumiere replied. We can train them to swim under enemy ships with bombs on their backs!” The Marshal declared and drew his sword from its sheath. “Follow me to the ocean!” Cried the Marshal before sprinting out into the camp. “Using dolphins to attack ships?” Lumiere said derisively. “What sort of mind thinks up nonsense like that?”