The Speedy Solution: How Prescription Strength Amphetamines Can Help You Save Big! 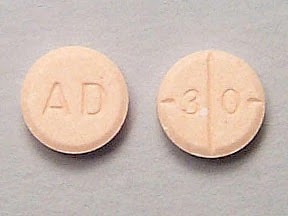 The credit crisis was a brutal reminder that people should live within the means their present and possible future financial circumstances provide for.  Millions are wobbling across a tightrope and even the slightest wind can send them tumbling down into a financial chasm from which there is no escape. For millions of households drowning in debt, the question is;

How Do We Cut Costs?

There’s no point in trying to sugar coat it the amount of daily contentment you feel probably directly correlates with the amount of discretionary income you have. This is why so many people fail when trying to budget. Spending money is fun. The food is better in a restaurant, cocktails make the afternoon enjoyable, an Uber that arrives to pick you up wherever you tell it to that brings you straight home is far preferable to waiting on the corner in the dead of winter with snow filled shoes waiting for a bus.

Save Big with Amphetamines

I have formulated a possible solution to the question of how to preserve cash for as many frivolities as possible while still cutting household spending significantly. According to the bureau of labor statistics, the average household reportedly spends about 12.5% of their household income on food.
Medical science has brought about advancements that make eating almost entirely unnecessary. It goes by many names Adderall, Vyvanse, Ritalin but those are just trademarked monikers for amphetamines, or what used to be called speed.
How can prescription grade amphetamines help you save?
Amphetamines suppress appetite, heighten mood and give you hour of boundless energy and focus. Amphetamines do everything food used to but better! For the cost of a monthly doctor’s visit and whatever your co-pay happens to be on prescription drugs, you can significantly reduce your family’s food budget almost immediately!

Don't Have a Family?
The great thing about using speed to cut spending on food is that it's a method that can be applied across a broad socio-economic spectrum. One of the largest reported expenses amongst young single people as well as people who seemed destined to die alone is food. Often, especially in the case of younger consumers this percentage if inflated because they eat out for more of their meals. An extended released dose of medical amphetamines will make you forget about that croissant, you won't need the caffeine from that mochaccino, in fact, you might start to find the thought of eating revolting, and there you have it you'll have extra money for mason jar cocktails in no time! Which is a good thing you might need alcohol to help you come down at the end of the day.

Life Will Suck More
The truth is you probably won't enjoy life as much as when you were enjoying the excesses of our consumer culture you used to be able to afford. So yes life will suck more than it already did, but not as bad as if you lost your house or got dropped from your medical insurance for nonpayment.