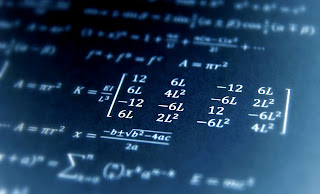 The black and white squad cars circled the block like a pack of hungry predators waiting out its prey. The signs of life were everywhere. The smoldering grills, the empty bottles, and scattered big wheels betrayed the presence of the residents who had hunkered down under the siege of black-clad men demanding their prize
As vigilant as they were none had any idea how many times they were almost within arms reach of the young man they had already surrounded Jeremy’s slender frame gave him enough room lay almost flat on the floor of an old Buick. He was so still he could feel the twitch of every hair on his body. Gravel and glass crunching under tires preceded the car’s auxiliary searchlights piercing the window and crawling through the car. They brushed by close enough to hear them coordinating through the crackling static of their car radios.
He deiced to take a chance and pray to any god that might hear him and force his persistent tormentors to give up their search. If he would have done anything differently if he’d known that either an anomaly of some probability or a force far more influential than any divine force that might intervene on his behalf had already decided on a foregone conclusion? A few months ago a young patrolman who Jeremy neve met had placed a bet on his life. The catalyst that entwined their fates was a computer algorithm designed to predict death.
Officer Hayes was driving with his eyes fixed out the passengers window. His eyes darted around the scene; there was always something flickering at the periphery of his vision forcing him to look back again.
He was looking over his partner who was hunched over who was tapping away on the brightly lit surface of his phone. “Wow, your day of the pool and you end up chasing him down with eight other cars at almost a quarter to midnight,” observed Clayman with some apparent satisfaction and amusement.
“What are the odds?” He delivered his half-assed rhetorical punchline with an appreciable degree of smugness.
“Yeah, I bet you’d be giggling about it if you were the one about to be out three hundred dollars, Hayes said with rage seeping into his voice.
“Eh, that’s not so bad,” Hayes said dismissively. “Guys lose in these pools all the time just not like this. They’re gonna need to make an algorithm that tells us how often this algorithm is wrong,” he mused.
“Just put down your fuckin phone and help me look!” Hayes snapped
“Alright, alright,” Clayman said indicating he was backing down.
The radio chirped. “Be advised the suspect is on foot heading East on Union,” and on cue, Jeremy bolted in front of their car and raced into the shadow covered streets.
“Fuck that’s him! Hayes snarled. He stomped the brake, and the car came to a screeching stop. The skidding vehicle stopped with a violent jerk and Clayman dropped his phone.
“Dammit,” he muttered.
Hayes jumped from the car and sprinted after Jeremy. He quickly closed the gap but he couldn’t sustain the speed, and Jeremy steadily began to put distance between them. Hayes came to an abrupt stop, planted his feet in the ground, drew his gun and fired four rounds.
The bullet struck the boy mid-stride, and his body summer salted into the street.
Hayes felt himself breathe again when he saw Jeremy’s body fall. He kept his gun drawn and cautiously approached the body.
“Holy shit,” Clayman whispered hoarsely. Hayes didn’t know his partner was there. “Oh, Clayman,” Hayes said in a shaky voice.
“Why the fuck did you do that?” Clayman asked acidly.
Hayes didn’t answer, and Clayman didn’t press.
The approaching wine of the sirens was a sharp reminder to the two officers of what was going on.
“This is unit 483 we need a bus at Union and Grove.” He said into the mic on his shoulder.
“Roger that,” They copied.
The officers reluctantly shuffled over to the boy who was helplessly writhing in a growing pool of his own blood.  “Don’t worry there’s an ambulance coming,” Blurted Clayman. They stood over the boy and watched his death throws in uncomfortable silence.
“What time is it?” Hayes asked.
“Oh, 11:48,” Clayman muttered seemingly confused by the question.
After a second Hayes shrugged and put another round into Jeremy, this time the boy went still.
“What are you doing?!” Clayman recoiled.
“The bet was he would get shot today. No one ever said it matters who does it,” Hayes explained coldly.
“Tell Hayes we decided he only gets half if he did it himself.” A jovial voice cackled through Clayman’s shoulder radio.