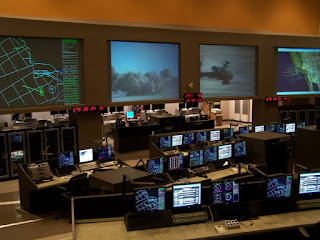 The massive carrier was an easy target even from over 900 kilometers away. The launch team never even saw their prey, they simply fired the weapon into the sky, packed up, and departed. It wasn’t until they could hear the screaming warhead through the thick steel hull of the ship did the helpless crew have any idea it was heading their way.
The rocket tore a massive burning breach into the side of the ship. Sea water poured in through the burning gash quickly drowning sailors trapped in locked compartments that became reinforced steel tombs.
Jets trying to escape the subsequent chain of munitions explosions crowded the burning flight deck. Their afterburners shot jets of flames that consumed the scattered crews on the deck. Some planes took off without enough room and plummeted into the waves below while others smashed into each other going off the ramp.  Burning sailors jumped from the ship by the hundreds. Thier smoldering bodies bobbed up and down in the gentle waves.
There was a secondary explosion that rocked the lumbering fortress and merged the many fires into a single inferno that engulfed the realizing ship. The reflection of the whipping flames glittered on the water and illuminated the position of the battle group. Larger ships afraid more missiles might be on the way began to steam off while a swarm of much smaller ships raced towards the sinking behemoth in hopes of saving their comrades.
Moments later an ocean away and several time zones behind three men were, tucked away in a sprawling subterranean complex that was wired to the battle like a brain to the nervous system watched the dead mount on monitors with a live feed from a drone ambivalently hovering overhead. Each one was in his mid-forties but still quite sure he was still in his prime. They had been close friends since their undergrad years at Yale. They had always bonded over a little friendly competition.
The rigors of competition are of course how a man keeps his edge. Regardless of all the ramifications and morbid consequences, not one of them could back down from the ultimate competition of war.
The three friends raised on computer games that cast them as them in the role of great generals and unstoppable elite soldiers decided to test their strategic prowess in the real world business of conquest. Since one of them happened to be president, their perverse game was entirely possible. They mimicked the personas of the country's most defied military commanders. They puffed away at huge cigars and sipped on aged whiskey. It was what they believed men do. They each put up $25,000. The battleground was to be a hapless country in the east of Africa. The odds were made as even as possible. Each had army of equal strength and the fairest possible routes to the capital were drawn up for each army to follow.
“Oh damn, where did that come from??!!” Shouted Donovan as he leaped from his armchair.
President Lambert popped a fresh cigar in his mouth and flashed a toothy grin. “How did they know to guess C5?” He asked with amusement.
“Did you know they had shit like that?” Wailed Donovan.
Lambert threw up his hands. “I really had no idea,” he said. “Intel reports never mentioned it.”
“Doesn't matter I'm 60 miles from the capital they’re going to surrender to me first.” Wilkinson declared smugly. Wilkinson was a seasoned hedge fund manager and always boasted about being able to see far ahead in any decision he made.
His opponents prided themselves on having the same sage like gifts. Defeat was unacceptable; no gambit would be desperate enough to discard.
“My armor's not far behind yours don’t get too fuckin cocky.” Hissed Donovan.
“Yeah but what are you going to do without air cover?” Lambert smirked.
“Air cover is for pussies!” Donovan defiantly declared.
Lambert and Wilkinson chuckled. Lamber took a sip of whiskey and exhaled a cloud of gray smoke.
“Seriously though we should find out how many of those fuckin things they have.” he muttered.
More whiskey was ordered, and the three amigos continued their race. Donovan’s fortunes did not improve. His armies stalled. Handing control over to someone more qualified would be conceding to his opponent and men fought to the end.
“Alright looks like this things neck and neck now,” Lambert said with an air of confidence.
“As far as you know,” Wilkinson said without batting an eye.
“Fuckin bullshit,” Donovan groaned.
A phone mounted on the wall rang temporarily breaking the tension. The rattling bells in the phone were an antique at odds with the technologically saturated space. Lambert stood up and stumbled.
“Shit drunker than I, thought,” he said.
He picked up the receiver. “This is President Lambert…..”
“Are you sure?” He asked. The sudden urgency in his voice drew the attention of his friends.
“Well, are we going to be safe?” He voice raised on active.
“Alright, keep me informed,” He slammed the phone back on the receiver.
“What’s up?” Asked Donovan.
“They detected nukes launched from a dozen or so subs in the Pacific,” Donovan said gravely.
There was a tense moment of silence.
“Are we safe?” Asked Wilkinson.
“Yeah, this place is top secret,” Lambert assured him.
The president shuffled back to his chair. The jovial mood has passed. They sat quietly and lamented over these unforeseen events. In a few seconds, their control had vanished, and the game was over. They thought about what to do next unaware of the five-megaton warhead falling from the sky above.