The Last Lord Of Chicago 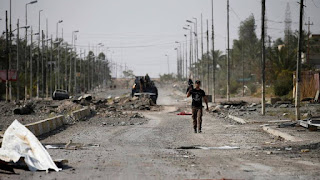 This is a rewrite of a story called LSD I posted some time ago. I wasn't happy with the way it came out so it has been reworked and in my opinion much improved!

“Commander Gates,
If you're reading this, I'm already gone. I decided to find a high rise and dive head first onto a tank or something. They won't be expecting that! Anyway, I'm sorry things did not work out like I said they would. To be honest, I was never as sure as I might have lead you to believe, but I don't think I could live the rest of my life thinking about what might have happened you know? Either way, it was a wild ride. Just remember for a brief period you were lord of Chicago!
P.S. There are some beers in the fridge. I don't know what you'll decide to do from here. Just remember you don't have a lot of time to figure it out.”
-commander Richard Daytona 25th Airborne and CEO of the Hawkwood Company

Gates felt the tears welling in his eyes. He crumbled the letter and tore it to shreds.
“That asshole.” He hissed throwing ripped up paper into the air.
He returned to the bed and sat back down. They would find him soon. He would be court-martialed and executed. That is unless he decided to do himself in. It was what he had originally planned but without Daytona to see him though he didn't know if he could. He was an abanded yes man forced to let time and circumstance make his last decision on earth for him.