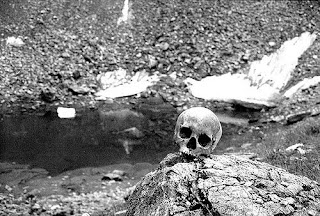 (This photo was borrowed fromhttp://www.atlasobscura.com/places/the-skeleton-lake-of-roopkund-india)

"Keep praying. I think God is about to change his mind."