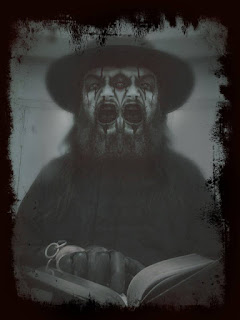 (The costume and photo were both done by horror personality Ozo the Clown. Follow him https://www.instagram.com/ozotheclown/)