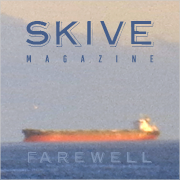 Human memory, emotions, and their associated neural chemicals will soon become controlled variables on the battlefield....

Login: Dorothy38
Password: noplacelikehome
Special instructions: When the contracting party feels the security threat has been effectively neutralized, that party is to contact the following mobile number and leave a voicemail with the message: ‘we’re off to see the wizard.’ Should any difficulties arise that may prevent the contracting party from completing the assignment, the aforementioned party should immediately report it via email to the address of enoon@gmail.com.

”Now I need to remind you,” Yates began, the smile fading from his face, “I am a lawyer representing Corporate Security Consultants and its affiliates. My clients have specifically instructed me to tell you NOT to injure, kill, intimidate, or do ANYTHING outside of the law while under contract. The money will be dispensed to you at the discretion of the CEO of CSC. In other words, you’ll get paid when it is determined there is no longer a threat. If you should fail or if law enforcement should become involved, the device will be fried via a scrambling signal and any traces of you will be deleted from the Overmind server.”
“I know the drill,” said Sean. “I just have one question. What’s with all the Wizard of Oz shit?”
Yates laughed hardily. “Oh, you know, corporate guys and tech geeks really get into that cryptic covert-ops shit. I think they’re just playing spy.”
The waiter returned with the tray of drinks. “Alright, this is going to be a good morning!” Yates said excitedly. His wide smile suddenly coming back to form. The waiter set the drinks around the table.
“Anything else I can get you gentlemen?”
“No, we’re good for now,” said Yates.
“Very good. I’ll be back soon with your omelet,” The waiter replied before turning to leave.
” Says here he was in the Green Berets,” Sean said disconcertingly. Yates was taking a large gulp from his first mimosa. He put the glass back down and had finished about half in the first go.
“Well, he’s like you. You know, decorated special ops guy apparently recruited while he was in the service,” Yates said and took a large gulp from his mimosa. “Apparently the Security Solutions Group, or the S.S.G, isn’t the only one with an operatives program. He’s even got neural chemical implants just like you,” Yates explained. There was a silence as he took a sip from his second mimosa. “How have you been since the operation?” he asked with an uncharacteristic tone of sincerity.
“I’ve been adjusting,” Sean responded flatly. “Is he looking for me too?”
“Yeah,” said Mike solemnly. “Yeah, he is.”


This story was printed in Skive Magazine's "Farewell  Edition". Unfortunately it was the publication's last collection, and it does not disappoint.  Here you will find dozens of pieces from across the literary spectrum that come together to celebrate the life of one of the world's most fantastic independent publications.
http://www.skivemagazine.com/