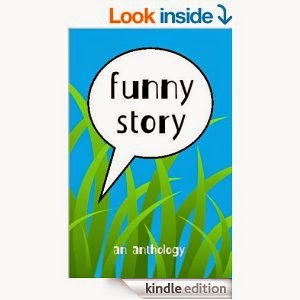 https://www.rt.com/news/330716-monstrous-cloud-collide-galaxy/
Is this little anecdote an echo from the end of time? Maybe something resonating from mankind's last moments?
The Tony Danza Memorial Observatory was a colossal white dome that sat atop the highest hill overlooking a remote valley. Inside the humming of machines and the beeping of electronic instruments was accompanied by the nervous pacing of Dr. Werner. Occasionally he stopped to adjust his clothing-nervously straighten his tie, check a sensor, or look in the telescope’s lens, which showed only the vast emptiness of space.
He was awaiting the arrival of Laura, his intern. He’d had an interest bordering on infatuation with her for some time. She was twenty-two; half his age, but he knew for someone like Laura age wasn’t an issue. She was interested in connecting intellectually, and Werner knew that made him the one she wanted. He’d spent months discreetly watching and admiring her. Only in the last few weeks had he become certain of her infatuation with him.
Today was going to be the day he confessed his feelings. She would confess hers and there would be a storybook ending. There was a problem though. Laura was running late. She was usually late, but today she was running especially late. As the minutes on the clock ticked by, Werner felt his fading with the time. He fell into his chair. His knees shook and he tapped his fingers on the desk. He heard the door open and he froze.
“Good morning Dr. Werner. Sorry, I’m late.” Laura said in a chipper tone. Werner didn’t look up, “Oh hi Laura,” He said trying to sound nonchalant. “What are we doing today?” She asked. “Well,” he said, as he spun in his chair to face her. As soon as he saw her the words stopped in his throat. Her dark hair framed her oval face, her tight black sweater clung to her slender body, and she wore black spandex that seemed to be painted on her long legs and toned backside. “I thought we would take some notes on the Andromeda galaxy.” He finally finished.
“Okay,” she said with a smile. She pulled up a chair next to his, “Can I man the lens?” She asked. “Sure.” Werner punched in the coordinates on the digital display and the behemoth telescope came alive. With an electrical hum, it shifted around until its massive eye came to rest on a galaxy millions of light-years away.
They waited in silence. Laura smiled in him and looked down at her notes. He was afraid this might happen. He had rehearsed this scenario countless times in his mind and each time they were making love on the floor by now. The problem was there was no way to smooth the transition.
What could he say?
He had some ideas, but without a lead-in, the whole thing would just seem awkward.
“It’s so beautiful.” Laura said looking through the lens. Werner thought he just might be able to work with that. “Yes,” he replied, “Space is much like love. It’s vast, mysterious, and full of lights,” he said softly. Laura gave him a confused look. “I guess so,” She said.
Damn, thought Werner, I’m blowing it.
“Are you sure you punched in the right coordinates?” Laura asked.
“Yeah. Why?” He asked, arching his eyebrows.
“Well there’s nothing here,” Laura said.
Werner checked the electronics. Everything checked out. “Let me see.” Laura pushed her chair back and Werner slid over and looked for himself. “Huh, you’re right. There is nothing here. Punch in the numbers again.” His eyes fixed on the empty pocket of space as Laura typed in the coordinates. Suddenly countless flickering lights flew through his field of vision and vanished.
“What the hell was that?” Werner said disconcertingly.
“What is it?” Laura asked.
Werner didn’t answer.
He mumbled to himself while he began a broad sweep of the cosmos, while he frantically punched in numbers and scribbled equations on a clipboard. “Doctor Werner?” Laura asked again this time sounding more worried. Werner ignored her. “Doctor? What’s wrong? “Laura demanded putting her hand on his. He stopped and exhaled, “Laura,” he said somberly, “Andromeda is approximately 1,000,000, 000 light-years closer to Earth and the distance is closing in rapidly.”
Laura was silent. “Not only that,” Werner continued, “but Neptune, Saturn, Mars, the sun, everything in the solar system is getting closer.”
“What…What does that mean?” Laura asked, her voice quivering.
“The universe is imploding. Everything is moving backward. At this rate, we have only moments before we’re back to where we were before The Big Bang.”
Laura didn’t say anything. Tears welled up in her eyes. Werner was overwhelmed with fear. The apocalypse was rushing toward them and was only moments away. But looking at Laura gave him an idea.
Since they were both going to die momentarily and he was right there surely it was the time to confess his feelings and make love one last time.
He decided to go for broke.
It was literally now or never.
“Laura, I love you. I always have. Let’s make love now while we can!”
Laura’s face froze with her jaw half open and she shook her head. “What! Eww…No!” She exclaimed with disgust. Werner’s smile disappeared. “Wh-Why not?” he stammered.
“Well I mean if we weren’t all about to die surely you might be a good way to go, but I don’t have to think long-term anymore. And the truth is you’re kinda old. I think I’m going to see if that security guard’s downstairs.” She said, quickly standing up and running for the door.
“Goodbye Dr. Werner. See you on the other side. If there is one.”
As Werner sat there alone all he could think about were all the better ways he could’ve spent his last few moments alive. Then in a flash everything that is, was, and ever will be was condensed into a ball of matter small enough to fit into a thimble-

This story was printed in an anthology of other humorous yarns simply called "Funny Story".  Here you will find more tales of comic hi-jinx ranging from the mundane to the fantastical..
http://www.amazon.com/gp/product/1492119016/ref=oh_details_o04_s00_i00?ie=UTF8&psc=1