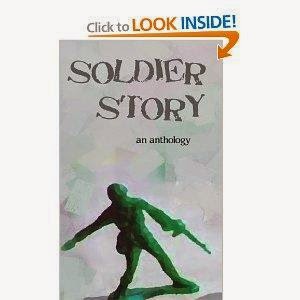 Now, a little note from the author:
About seven years ago two stories I submitted were printed by an Australian based literary magazine called Skive. Just a few months later more of my work was accepted by a publisher in Scotland and another in Kentucky. That’s when I knew the first time hadn’t been just a fluke! From then on I wrote as much as I could and submitted work anywhere I could.

As it stands, my work has been printed in 11 different volumes and has been featured in numerous ebooks as well as distributed on literary-themed websites. I try and be as industrious as possible and strive for at least two short stories a month. Usually, these are about 1,000-3,000 words. I have no plans to commit myself to a novel my style just works best at that length. So take a look at my work. If you donate, you have my undying gratitude! Even if you don’t but at least come back and see what I’ve written from time to time that would be greatly appreciated as well

This story was originally printed in an anthology called "Soldier Story". If you enjoyed this tale of youth in war you may want to check out the rest of the book.
http://www.amazon.com/gp/product/1484185943/ref=oh_details_o08_s00_i00?ie=UTF8&psc=1